It was my first time entering a mosque when the participants in the course Cultural Encounters and Differences on a sunny Friday went on an excursion to Imam Ali Moskeen, a mosque in Copenhagen. We were lucky to have guided tour and learn from the ‘insider’ point of view, as well as through our interactions with the guide.

As we are a group of students with multicultural backgrounds, which came in contact with the Muslim guide in the mosque, the social space created can be considered a contact zone (Pratt 1991). The guide himself is multilingual, and with us as guests he presented and explained things in a comprehensible way. For example, he explained Islam’s 5 prayers per day as a time for meditation and self-reflection. I liked his interpretation, because I think it would be a nice to have a daily routine like this; to pause and reflect on oneself.

He also explained the term ‘Jihad’, which literally means ‘holy war’ but according to him a more accurate explanation is ‘striving hard to be a better person or Muslim’. The prayers may be seen as means used in this process. 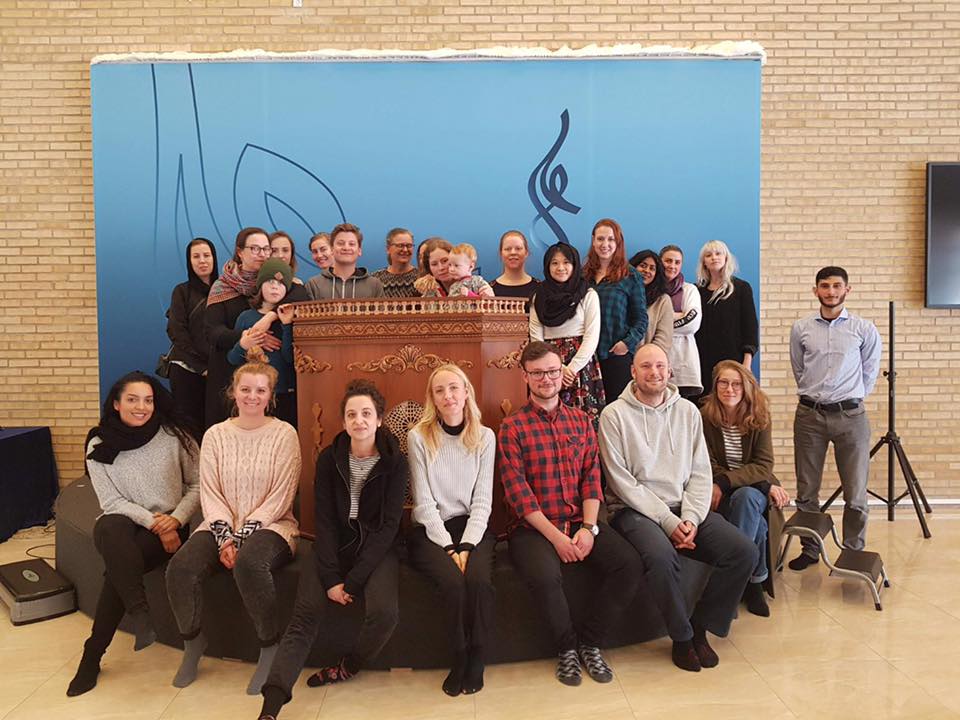 During our discussion at the end of the tour, some of our values clashed in regard to understandings of homosexuality. His interpretation was that while the typical European view perceives homosexuality as an identity, Muslims view it as an act, so it is a desire that is possible to suppress. The reactions among us varied, some got emotional and disagreed with him, others respected their embedded perceptions but remained silent. And I think although we may not agree with his views, this encounter may serve as an as an example of ‘the sufferings and revelations’ of interacting in a contact zone (Pratt 1991).

Personally, my past experience with Islam and Muslims can be summarised with this: ‘knowing certain facts about a religion is not the same as appreciating the religion.’(Charlene Tan cited in Reeve 2012 2008: 185). I felt indifferent and distant about Islam and Muslims, disliked some of their rules about how women should behave (my impressions from news), and found the Koran mysterious (because of a movie). Even though I had learnt about Islam in history textbooks and saw mosques when I was living in Hong Kong, I never got a chance to talk to any Muslims in person.

But since I have moved to Denmark, I have made Muslim friends, I have with my classmate entered a prayer room in the University of Southern Denmark, I have heard about Ramadan and the difficulties of fasting in Denmark because of the long daylight time. After this excursion; experiencing the insides of the mosque and having had discussions with the guide, rather than simply reading about Islam, I feel that I have become more empathetic towards Muslims.