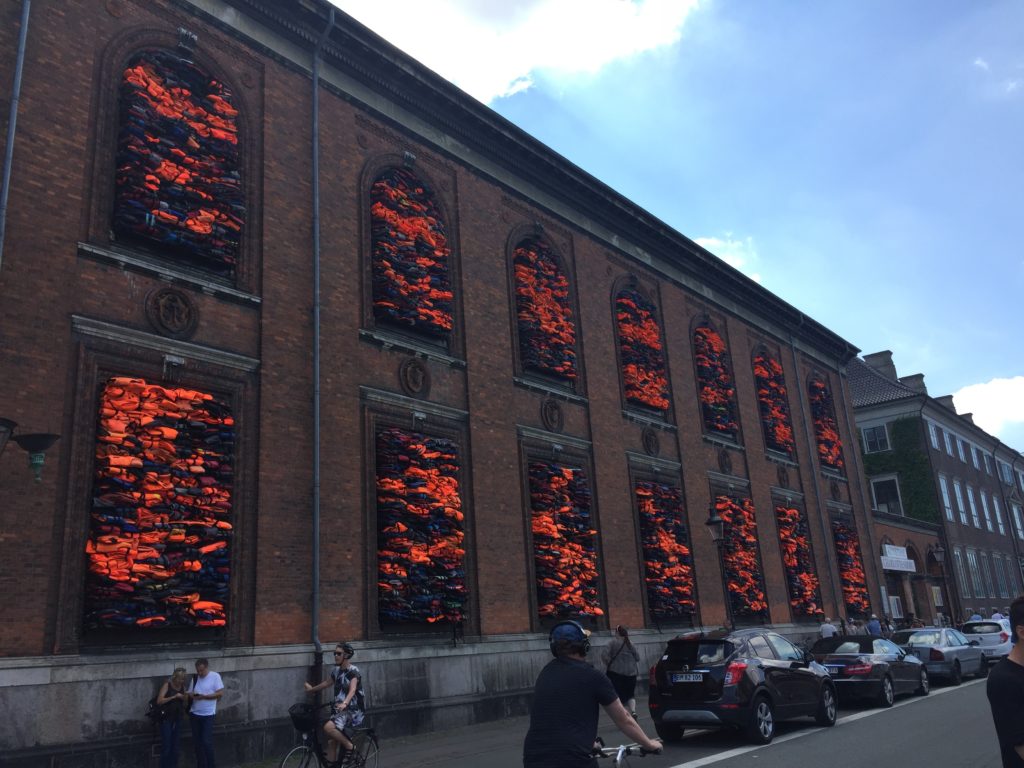 Amidst the busy buzz and humming of the streets of Nyhavn, we stand quietly gazing up at the bright orange structures. Standing there, the smell of hot dogs and fresh vanilla ice cream cones fills the air. Unrelenting tourists flood by with their oversized cameras and snap an endless number of photos of the structure. The orange jackets rest jaggedly against one another in droves. It is as though the slightest disturbance of these protruding structures will cause a wave of orange to cascade upon the busy streets. Much like refugees, the jackets are a bit of an anomaly to the area.

In 2015, Europe received an influx of refugees from Muslim-majority countries. With an upsurge of refugees, this provided a breeding ground for mixed sentiment amongst Europeans. To those that dwell in right wing based politics, the migrants were symbolic of Europe heading towards its untimely end. To others, that watched the sad stories of those on the lifeboats, it became an issue of the utmost of importance.

Ai WeiWei designed his exhibition for International Refugee Day on June 20, 2017.  The installation was placed in the windows of Kunsthal Charlottenborg (Charlottenborg Exhibition Hall).  Ai WeiWei named his exhibition after Claude Monet’s painting Soleil Levant to parallel varying levels of political and social realities of our time. The exhibition itself has hundreds of bright orange life jackets crammed into the windows of the exhibition resembling the mountains of life jackets that can be found upon the shores of Southern Europe.

With the refugee crisis spreading across Europe, it leaves people at odds with one another. The way in which the life vests are displayed highlights a level of accountability amongst Europeans.

Ai WeiWei’s exhibition reminded us of Garrett Hardin’s metaphor “Life Boat Ethics”.  Hardin poses a rather unconventional question of how we should respond to the drowning people if our boat is almost full? Hardin’s metaphor includes the rich countries and poor countries as existing on boats. The rich countries have the ability to allow all of the migrants on to their boat, resulting in the evitable drowning of everyone. This employs complete justice to all; however, everyone is dead.  The other scenario permits a limited number of refugees on to the boat based upon capacity. This raises an additional set of questions that ask who should be let in and who should be “left to drown”?

With Hardin’s metaphor in mind, looking up at the crammed life vests, you cannot help but feel as a sense of both moral obligation and ambiguity.  There is this moral imperative that accompanies such a statement piece, but in the same regard it is difficult to determine your place in helping individuals. Is it better as Hardin claims to send resources to adequately establish the countries that the refugees originate from? Or does society as a whole solely help the few that reach shores of Europe?

Soleil Levant is a classic example of the portrayal of a contact zone. The view of refugees is highly contested amongst Europeans. Ai WeiWei’s exhibition is a social space that portrays conflicting viewpoints regarding refugees. In many ways, it demonstrates how asymmetrical relations of power are at play. The exhibition serves as a means to show how several public spheres and discourses interact with one another, and thus encourages ongoing self-reflection of European societies. 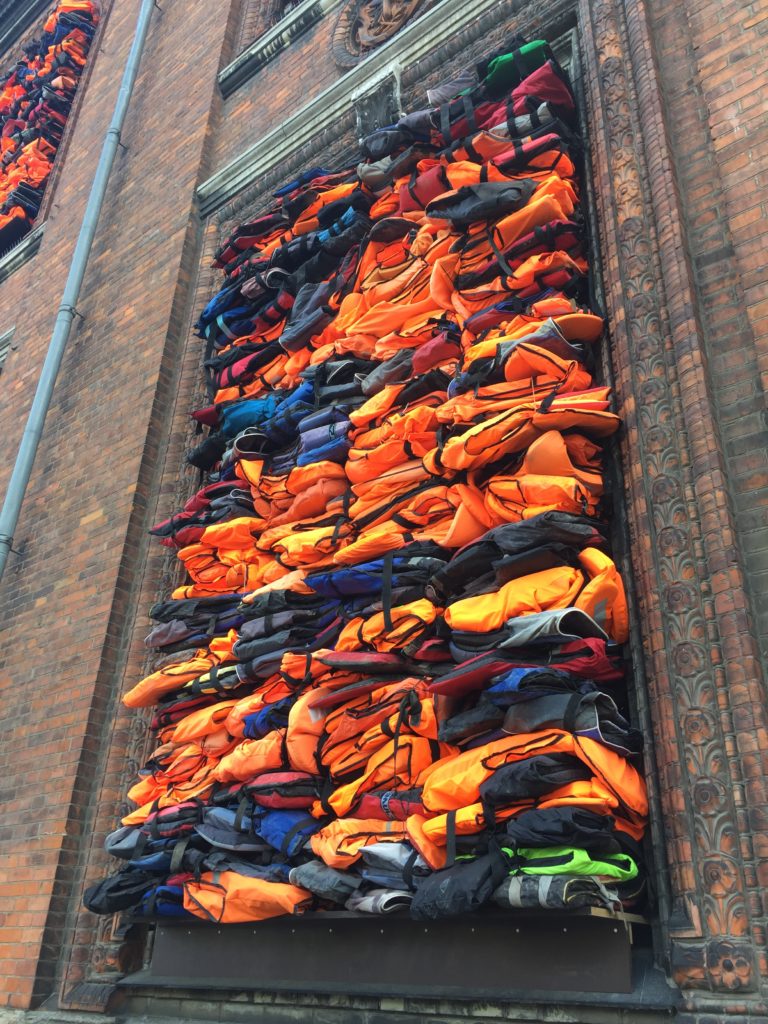